The Heathcote Hagaby is being held on Sunday the 4th of March. The event is on an area of gentle spur gully and mining terrain that was recently mapped by Neil Barr. Neil is also the course setter for this event. There are five courses from 8.0 km hard to 2.7 km easy. Courses 1 to 3 have a Hagaby format. This means that the entrants start together but the variations on each course causes the field of entrants to seperate. The event is pre-entry and pre-pay only on Eventor at https://eventor.orienteering.asn.au/Events/Show/6227. You must be logged onto Eventor before entering. The normal entry deadline is at midnight on Wednesday 28th February. 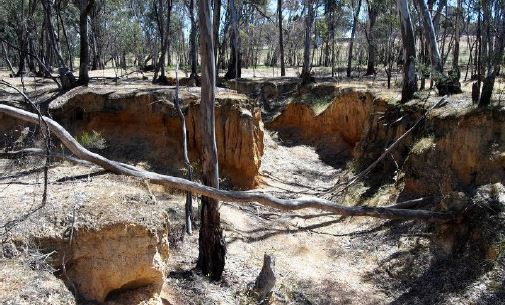 The Fowl and Fizz will be held on Sunday 4th February at the Koolamurt Park Scout Camp.

There will be a 45 minute score event with a 7 am mass start. This will be followed by a Chicken and Champagne breakfast. Juice and water will also be provided. After our breakfast there will be a brief Special General Meeting (SGM). At the SGM we will have another 2017 financial report and welcome our new committee members.

The Fowl and Fizz was a late inclusion in our fixture and we have not applied for an event permit. Consequently, there is a limit of 30 competitors for this event. Based on the numbers from previous years, this should be sufficient. If you want to compete you must pre-enter on Eventor (follow link). There is no such restriction for members who just want to attend the breakfast and SGM.

If you only want to attend the breakfast and SGM do not pre-enter on Eventor. Instead contact Julie Flynn by the 1st of February so she knows the total number of people to cater for. If you are coming, please bring a chair.

Southbound on Spring Gully Rd, continue straight through the roundabout onto Mandurang Rd. After 1.1 km turn right into the Koolamurt Park Scout Camp. Park in the nearby carpark and proceed on foot along the track to the shelter.

Bendigo Orienteers will have its final event for the year on Saturday 25 November, at the South Mandurang recreation reserve, commencing at 12:30pm.

There will be a fun short orienteering event followed by our Annual General Meeting and trophy presentations, with a shared social BBQ lunch.
Meat, vege burgers and drinks (non alcoholic) will be provided by the club. Please bring either a salad or dessert to share.

Club members are asked to consider nominating for a position on the committee to help guide the club over the next 12 months.

Despite the exodus of Bendigo orienteers to Bathurst for the Australian Championships over the next two weekends, it is business as usual in Bendigo with an event at Longlea, a 15 minute drive east via Strathfieldsaye towards Eppalock. In response to a call for a course setter, Mark Hennessy volunteered to course set at short notice. I went out on Tuesday and tagged some of his sites, and was pleased to email Mark as follows: “I think your courses are pretty good; they will be both challenging & enjoyable”.

Mark tells us the theme is “gentle relief” after the rigours of the Creswick gold diggings last weekend. The terrain is gently undulating, but with enough bends in the few contours to help you navigate. The ground is generally soft, without much rock underfoot. The bush is generally open and easy to move through, with some wattle blooms fading and others still bright yellow. There are no steep hills or erosion gullies (there is one, a metre deep, but no one has to cross it).

Mark has been offered assistance from Andrew Wallace, David Jones and Nigel McGuckian. Thanks to all. Look for O-signs to the right, immediately after Gleesons Road. Start time as usual is 12.30 to 2 pm, with courses closing at 3 pm. Offers to collect controls will be welcome.

Assembly area: At the corner of Mohair Rd and Jacko Track, Lockwood.

Lockwood Ranges is a newly mapped area on the south-west side of Bendigo. The south of the map is steep spur gully, and the north very gentle terrain, in parts almost flat with a Mallee-like forest. In the flatter areas controls are generally placed on scattered surface mining features, watercourses and clearings. Accurate compass work will be required. The longer courses head into the steeper hill country where orienteers will face a 2.5 km route choice leg.

For further details go to https://eventor.orienteering.asn.au/Events/Show/4770

It’s always a challenge to set orienteering courses in granite terrain and for this reason I teamed up with Darren Eenjes (or should I say the entire Eenjes family) to run our Korong Spur event. We also had the good fortune to have the permission of Ian Fraser (the owner of the property that adjoins our start location) to use his driveway for parking. This made it easier for us to get Parks Victoria approval for our event. It was a pleasure dealing with Ian, who is an avid environmentalist and a fan of our sport.

After running a successful event on this map in 2016 with Darren as course-setter I was keen to follow up with another set of memorable courses. I made an early decision to include a strong route-choice leg on Course 1 and this was well received by runners, who chose to attack the leg in various ways. The most popular route chosen was via the track to the West. Courses 2 and 3 were truncated versions of Course 1. Course 4 was a ‘hard’ moderate course, made easier by having all control sites in relatively close proximity to the Eastern perimeter road. As was the case in our 2016 Korong Spur event it was necessary to provide taped routes for more difficult legs on Course 5. For all courses my aim was to provide opportunities for orienteers to move quickly through mostly open terrain, with fair control sites and inspiring views. The moderately ‘friendly’ granite terrain on Korong Spur made my task relatively easy.

A couple of trips to Mt Korong were necessary to tape control sites and most controls were placed two days prior to the event. After an extremely cold beginning July 1 cleared to become a lovely sunny winter’s day. 49 runners started on the day with only 5 non-finishers. On Course 1 Matthew Schepisi made a return to local orienteering and won with an impressive rate of just over 7 minutes per kilometre. Ben and Richard Goonan were close behind him. Jimmy Cameron was a clear winner on Course 2, with other creditable performances from Michael Loughnan, Andrew Cameron and Tavish Eenjes. John ‘Wilko’ Wilkinson’s nagging injuries didn’t stop him winning Course 3, but Serryn Eenjes finished an impressive second despite a couple of navigational errors.

Winners in the moderate and easy courses were Ryan Davies (DROC) in Course 4 and Xavier Ough on Course 5.

Post-race discussion centred around route choices on Course 1 and the difficulties experienced by many competitors in finding the first control (common to courses 1 to 4). When choosing this control site (located only 150 metres from the start triangle and accurately placed) the course-setter believed it was possibly too obvious. Obviously not.

Nine orienteers meet up with members from the Friends of Kooyoora, and Loddon Plains Landcare Network Facilitator James Nelsson and his wife Trudy. James supplied all the equipment including stabbers for injecting the wheel cactus plants with herbicide, hoes for pulling up the young plants, and gloves. Before setting off to the mountain everyone was required to don a high visibility vest, which was quite a novelty for the orienteers. The team armed themselves with hoes, stabbers, and pink spray paint for marking the plants that had been stabbed. James demonstrated how to administer the herbicide and pull out the younger wheel cactus plants.

After a hike to Mt Kooyoora the team ascended the steep slope and began to attack the wheel cactus. Many large patches of the plant were discovered. James was very impressed by the fitness and enthusiasm of the orienteers. After a few hours of work everyone decided to head back for lunch. From a high point about a hundred metres away from the mountain we were able to survey the huge number of wheel cactus plants that had been sprayed with pink paint. We were all quietly pleased with our efforts.

After a pleasant lunch we all vowed to be back in 2018, as the battle against wheel cactus is one that requires persistence and team work. We also hope that other members of the orienteering community will join the fight.

A big thanks to volunteers and supporters Daryl Fleay, Neil Barr, David and Heather Jones, Nigel and Deb McGuckian, Tony and Alison Radford and Julie Flynn.

The Wheel Cactus is considered a Weed of National Significance in Australia as it spreads rapidly and is difficult to destroy. The plants produce fruit containing numerous seeds. Birds and foxes consume the fruit, then spread the seeds far and wide. Wheel cactus grows particularly well in shallow granite soils. The plants are covered with fine sharp spines, up to 5 cm long, that can easily pierce a person’s skin.

Wheel cactus plants have been spreading in the northern part of the Kooyoora State Park. If this is allowed to continue it will make this area much less favourable for orienteering events. Furthermore, the natural beauty of this area will be significantly degraded.

We are seeking volunteers to poison or pull out the wheel cactus plants. This activity is being conducted in cooperation with Parks Victoria, Friends of Kooyoora and the Loddon Plains Landcare Network. Volunteers will receive equipment, training and supervision.

Directions:
Take the Calder Hwy through Inglewood and continue 7km to Kurting. Turn left onto the Brenanah-Kurting Rd (just past the abandoned Kurting Hall). Follow for 9.7km to a T junction. Turn left onto the Kingower-Wedderburn Rd and travel 1.5km to the assembly area. Please park on the edge of the road, not in the bush.

You are invited to attend an information and networking night at Rays Outdoors store at 93 High street, Bendigo.

Rays Outdoors is wanting to meet people who are into adventure sports around Bendigo. The manager of the store is keen to build positive links with local clubs help meet our ‘gear’ needs and help promote our activities. This evening is the first step towards that.

There will be short presentations from bush walkers, runners, orienteers and scouts as well as the store manager. Food and drink will be available.

It would be great to have a few members there to support Bendigo Orienteers’ presentation, and meet some others who may be interested in coming to an event we are running.

Bendigo Orienteers has applied for, and received, funding from Orienteering Victoria to reimburse trophy engraving and medals for the 2016 end-of-year presentations, and Parks Victoria permit fees for 2017.

We would like to thank OV for their contribution.