O-Ringen is the largest orienteering event in the world. It takes place each year in the Swedish midsummer. The event consists of five races over six days. It attracts over 20,000 entrants. Every year it is attended by a number of travelling Australian orienteers, including some from Bendigo. This year there were four Bendigo entrants- Alison, Tony, Jim and Toph.

While the travelers are away, most of us remain here through the Bendigo winter attending our local events. Sometime late last year an idea took shape – can we organise a local event that will make the travelling orienteers wish they were back in Bendigo, if only for a weekend? What can Bendigo offer orienteering that few other clubs around the world can? Evan Barr first gave an answer to this question some years ago when he floated the idea of a weekend of sprint length races on the small detailed mining landscapes that are scattered across Bendigo. This year our fixture gave the idea a run. A short length local event took place on Bird’s Reef on Saturday. On Sunday a progressive dinner style event took place on four small maps n the Epsom-Eaglehawk area. Competitors drove between maps and ran a small course on each. The time driving was not included in the competitive time. Fifty-five people pre-entered (Enter on the Day was too hard to manage for the single organiser). As promised, the sun eventually shone and most entrants had an enjoyable and memorable time in this unusual event format including a panoramic view of the final competition area from the top of the Pearl Mine mullock heap.

At some point during the day in a conversation we were all reminded that O-Ringen was taking place on the same weekend. We realized that whilst the travelers in Europe were running five races over six days, we were running five races over two days. The phrase “BendigO-Ringen” was coined with the slogan “Why run five in six when you can run five in two!”. The obvious question soon followed- can we organise this event on O-Ringen weekend next year, and maybe the following year, and maybe… The main issues are whether we have the maps and the volunteer enthusiasm. This year the event had a single organiser. With nothing else going on in my life, a single organiser was a feasible concept. However, life threw up a few curve balls in the lead up to the event including a serious family illness and autumn prescribed burning of one of the maps necessitating a late remap. The organization became a bit rushed. A small team of two or three would have been an improvement.

As to the maps, well the event this year scratched the potential surface. We used Birds Reef on the Saturday and White Hill No 4, Perfumed Garden, St Justs Point and Prince of Wales on the Sunday. A potential structure for next year would be to use Royal George Company for a usual Saturday event and St Just’s (to be remapped to ISSOM sprint specification), New Saint Mungo, South Star and New Argus on the Sunday. The maps run in an arc from the Calder Highway to Eaglehawk through the forests to the west of Bendigo. There are a couple more contending maps in Bendigo- Golden Gully, Ironstone Hill and the south end of Fiddlers Green. Beyond that we need to head further afield to unmapped areas to the west. There are potentially two very interesting small areas around Tarnagulla. There is another very detailed area near Dunolly. (We have lidar data for two of these three). There is another potential area near Bealiba and two near Inglewood. Finally, there are possibly four areas to the south of Castlemaine, one at Maldon and two near Harcourt if we include a remap of Black Jack Gully. That is potentially a total of 25 maps. None of these areas is large enough to support a standard local event let alone a State Series. At four maps used a year (with a normal scale map on the Saturday) it might be possible to run a similar event for five or six years without repeating maps if the enthusiasm did not wane. 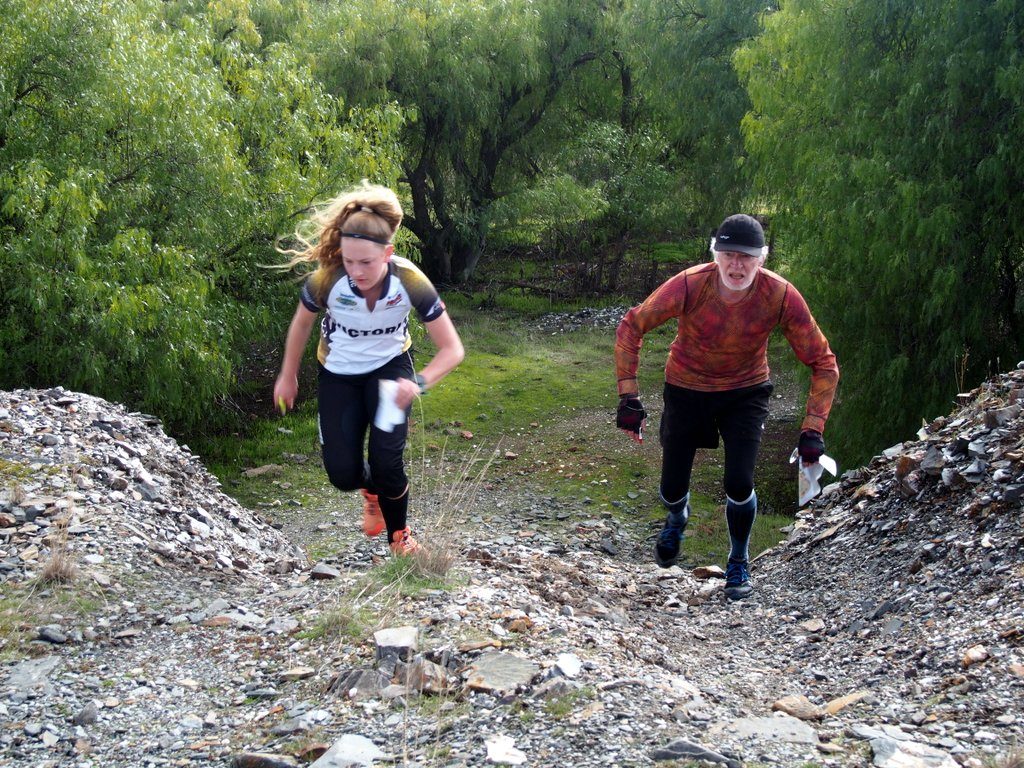 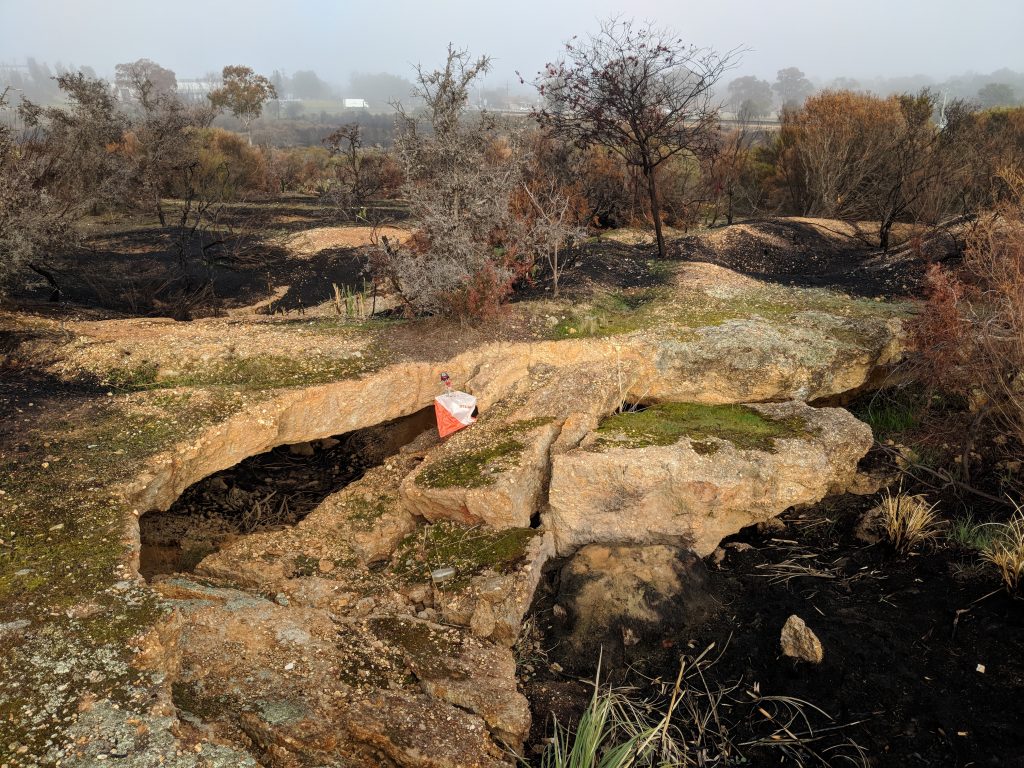 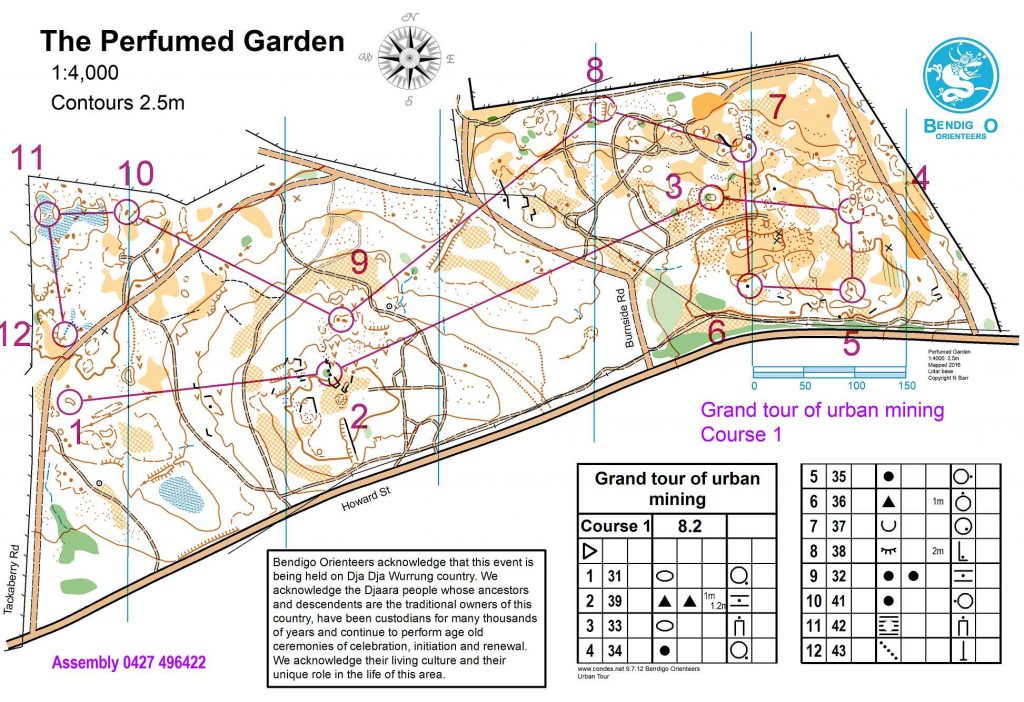