Ian Johnson is the oldest member of the Bendigo Orienteering Club. His 90th birthday comes up in August 2018 and the club will celebrate the occasion at his micro-sprint event at Black Jack Gully near Castlemaine on August 11th. Ian still competes in events although he is now slowing down a bit, but he still enjoys the bush and finding controls.  We wonder how many people reading this will still be able to navigate their way around the Bendigo bush when they are 90 years old.

Ian recently had operations on his legs to improve circulation. We hope he is able to make it to his event – John Wilkinson and Colin Walker will organise things for Ian’s event (which Ian has course set).  Hopefully plenty of members can attend.

Ian retired from primary teaching in 1986, and came to live near Castlemaine. His first venture into orienteering was on a novice course at an event in 1971 at St George’s Lake in the Creswick Forest. He can remember that the controls were buckets hanging by a rope with pens of different colours to mark the spaces on the map. The first event Ian organised was on June 1st 1975 on a map he helped to field work and draw. The longest course was 3.75 km with 13 controls. The cost of entry was only 20 cents, and compass hire the same.

Ian is an avid environmentalist and his knowledge of indigenous plants is second to none; he has written numerous documents on his observations of micro climate and vegetation changes and many articles on navigational techniques as used in orienteering. His property at Harcourt is not connected to electricity and he lives a Spartan and totally carbon neutral lifestyle.

Peter Creely, another long-standing patron of orienteering, described Ian Johnson as “an amazing person, … a “living legend” of the Bendigo Orienteering Club and an individual the like of whom we will probably never see again”.

All are invited to stay and celebrate Ian’s birthday at his event on the 11th August in the company of other club members. Our resident pâtissière, Leisha Maggs, will make Ian’s birthday cake and the club will supply meat for a BBQ.

If other members wish to bring something to share that would be appreciated. 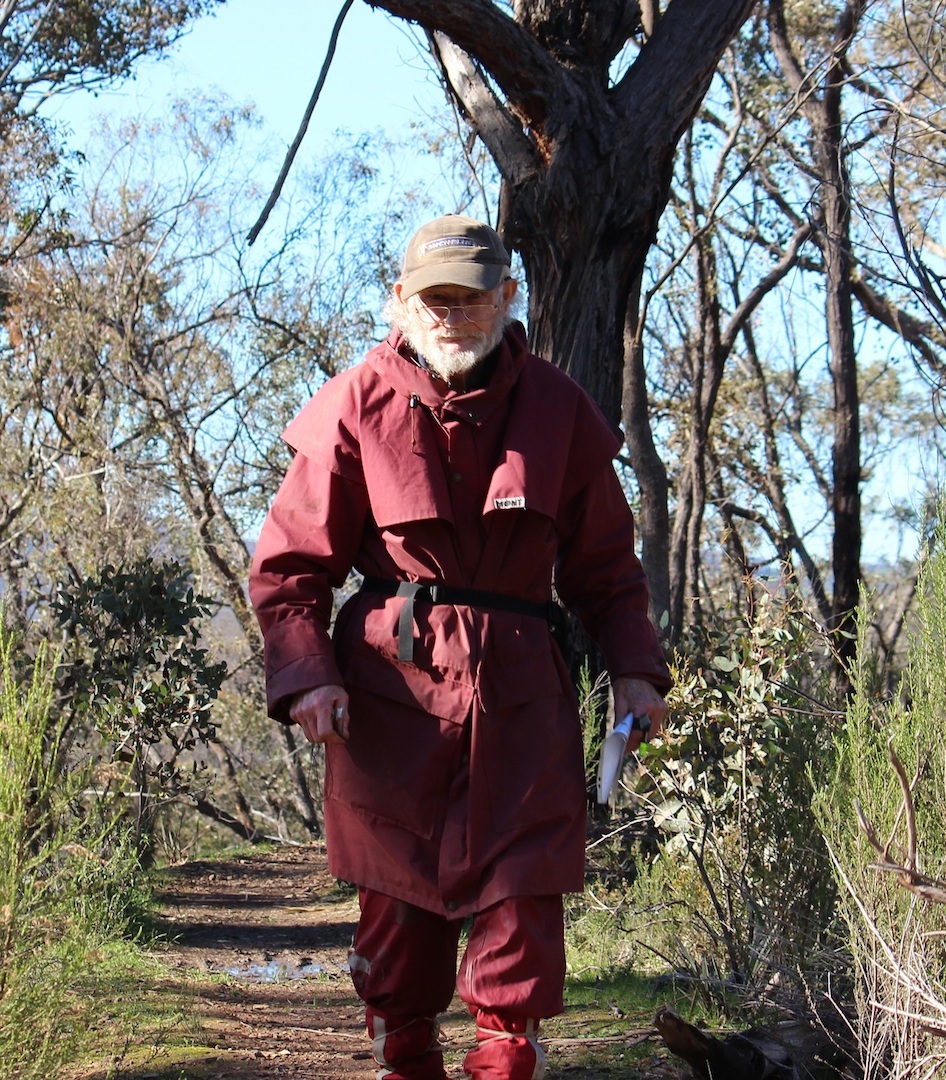